So this is a tale of pain and woe. Actually its not too bad. In fact, given that I had to make a three hour journey from Devon to London to spend a weekend in 30C heat in my kitchen with the ovens on 18 hours of the day, I had quite a nice weekend.

This was the weekend of preparation. Of a limited kind. Annoyingly there’s plenty I can’t do until the weekend of the supperclub but I did get my fresh stocks made up and frozen.

I made my tomato sorbet for the starter that I’m planning. I spent an hour tending the tomatoes you know, blanching, skinning, deseeding, macedoining – the usual concassing nonsense. The stew I made for the sorbet was yummy though! 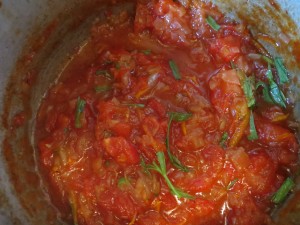 I made my white chocolate gin truffles and I smoked my chocolate and made smoked chocolate truffles. I went on a smoking course about a month back and it really got me thinking about smoke as a flavour rather than a preservation method. Its an interesting flavour because its uniquely flavoured – not sweet, salty, bitter etc – but just smoky. Its hard thinking of foods combinations that could work well with smoke (apart from your standard fish and ham) but I reckon that chocolate could stand up well to it. And the smoke expert on the course mentioned that he’d smoked raisins so I thought I’d bung that in to. And bread. I’m getting my money’s worth… 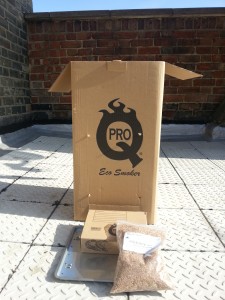 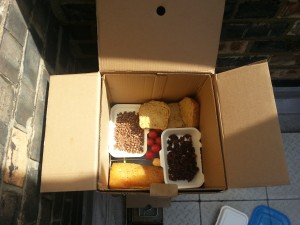 Oh and I made the mushroom mix for my vegetarian Scotch eggs. And meringues. 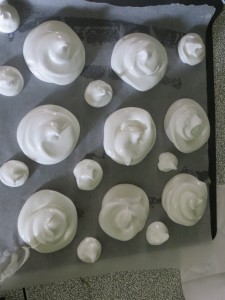 And I also made fudge. Twice. And given that I’m posting a few days later I can exclusively divulge that I made it a further two times before I finally got it right.

2 thoughts on “One week before my first supperclub”